Wilfrida Ann Plowden-Wardlaw was my Aunt being the sister of John, my Father. I had met her in Edinburgh, and remember her as a very kind and pleaseant person.
Ann was born on June 5th 1930 at Anglo-American hospital in Valparaiso, Chile,South America, staffed by a most excellent breed of nurses from the Overseas Nursing Associat,  the first of five children to Wilfrid and Edith. She was married, first to Prof. Gustav V.R Born at Gottingen, Germany, on July 29th 1950 (divorced 1961). Secondly to George Mully (Born N.Y.1925, an American playwright and documentary film director).at Norfolk, Litchfield, Connecticut.USA on 8th.Aug.1962, 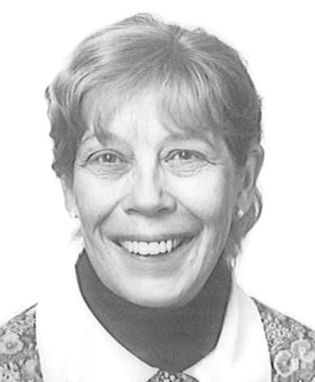 Ann travelled a lot in her younger days because of her parents, at the age of 1, she travelled on the "Reina Del Pacifico" via ,Valparaise; Antofagasta; Havana; Paita; Callae; Bermuda; Santander; Vigo; La Pallice; Coruna to Liverpool, England.  At the age of 2, she travelled to Sydney, Australia by ship from London with her parents on the Ormonde on 10.12.1932 .
At the age of  20, Ann married Gustav Viktor Rudolf Born (Birth 29 JUL 1921 • Died 16 APR 2011). In 1951, their Son Max was born 12.05.1951 in Oxford. John Sebastian followd on 10.02.1953 and Georgina Emma Mary on 15.02.1955. The family lived at the time in Putney,London.
Ann had studied, and become a Psychoanalyst and physician, a member of Royal College of Surgeons (MRCS),a Licentiate of the Royal College of Physicians and a Fellow of the Royal College of Physicians. Ann is also known for writing numerous book reviews in The Canadian Journal Of Psychiatry, for example “So the Witch Won't Eat Me”: Fantasy and the Child's Fear of Infanticide and Doris — The Story of a Disfigured Deaf Child . Gustav Born was also a Sheild Professor of Pharmacology at Cambridge, and elected a Fellow of the Royal Society of London. They divorced in 1961 (Gustav remarried in 1962 Faith Elizabeth Maurice-Williams).
Photo provided by Hulse, Playfair & McGarry, Funerals. Many Thanks. contact@hpmcgarry.ca