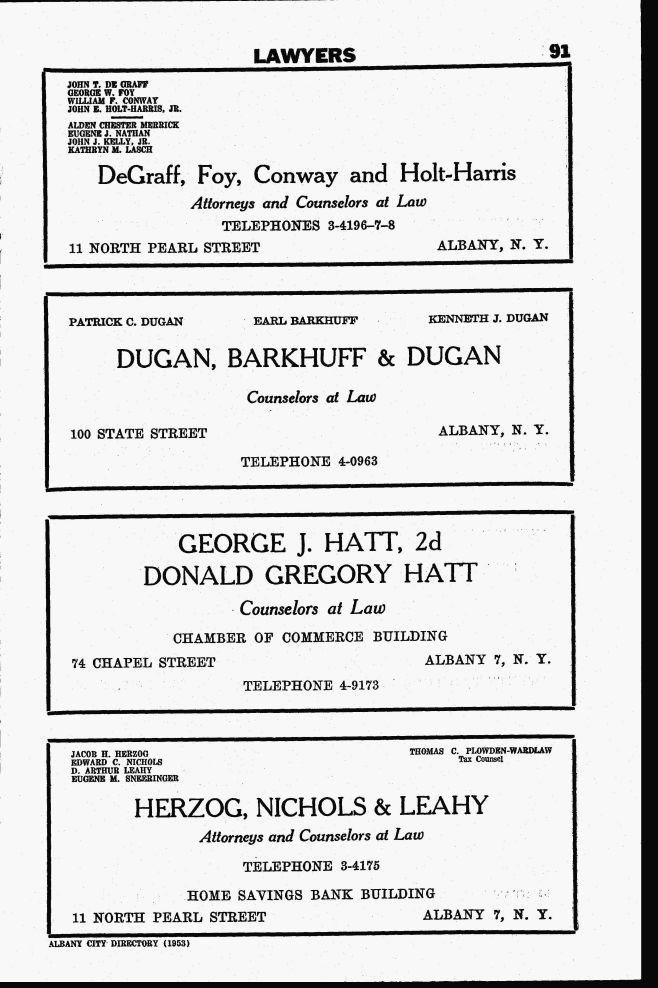 Thomas Campbell Plowden-Wardlaw was my Great Uncle being the brother of my Grandfather. Having met him once in the seventies I remember him vaguely. He was a former Chairman of the tax section of the NYS Bar Association and Trustee of the National Center for Automated Information Research, the foundation responsible for encouraging the first computerized legal information retrieval programs in the United States, later known as LEXIS. He liked playing golf at the Oneonta Golf Club in the 50`s
Born in England in Kent, he was educated at Christ Church, Oxford University, he later graduated from Columbia University School of Law.
He was married on August 23, 1930, at St. James' Church, Oneonta, N.Y. firstly to Eleanor Becker.
His second marriage was to Rosamund Saltonstall Auchincloss in 1954 on July 2. in New York.
He finally married Mary Dimon Francis on 04.06.1972 (her name at marriage was Mrs Otis C. Stanton). They settled after marriage in South Dartmouth.
He was father of James of New York City and Stephen of Taos, New Mexico. Also survived by step-daughter Sally Hasted, stepson Peter Stanton, 6 grandchildren and two great-granddaughters.